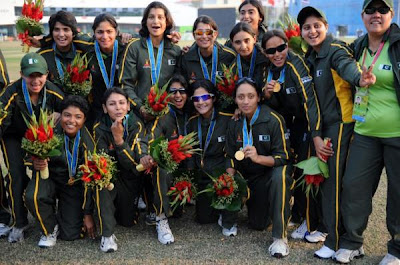 CUTTACK - In the wake of protests and threats by radical outfits, the Odisha Cricket Association (OCA) was forced to arrange separate accommodation for the Pakistan women’s team inside the Barbati Stadium in Cuttack, after five-star hotels showed reluctance to provide hospitality.
“The Pakistani players would have faced trouble while travelling from Bhubaneswar to Cuttack for the matches,” said OCA secretary Asirbad Behera. “So we have arranged for their accommodation on the Barabati Stadium premises.”
The women cricketers reached Cuttack from New Delhi on Sunday to participate in the ICC Women’s World Cup. The women cricketers, led by Sana Mir, were escorted by a heavy deployment which took them to the stadium.
According to the report, as most hotels in Bhubaneswar refused to host the Pakistani players under immense pressure and threats, the team will remain confined to the stadium throughout the tournament. However, the remaining group B teams playing their matches in Cuttack – Australia, New Zealand and South Africa – will stay in hotels in Bhubaneswar.
Right-wing outfits had warned hoteliers in Bhubaneswar against offering “hospitality to the Pakistani players”, following which posh hotels in Bhubaneswar and Cuttack withdrew, forcing the decision to house the players on the stadium premises.
However, the OCA promised the best lodging for the team at the stadium. “Accommodation for the Pakistan team became a headache,” an OCA official told The Times of India before adding that the decision was taken to ensure safety for the visitors.
“We will provide five-star facilities to the players at the Club House in the stadium. The Club House is equipped with a world class gymnasium and swimming pool", the official said. Nearly 600 security personnel, including officials, Special Security Battalion and Odisha police were deployed during the team’s arrival to ensure their safety on the way to the stadium.
Director General of Police (DGP) Prakash Mishra visited the stadium to review the security set-up and held discussions with OCA officials about the arrangements. Meanwhile, Pakistan team manager Ayesha Ashar said her side was well-prepared to put up an exciting performance in the World Cup.
“I am grateful for receiving a warm welcome from all the fans,” said Ayesha after her arrival in Cuttack. “I will ask Indian fans to come in numbers to watch our matches.”
"The arrangements are more like we get in Pakistan," Ashar was quoted as saying by the Press Trust of India news agency. "We are happy with the facilities provided to us by the organisers." Pakistan open their campaign against Australia at the Barabati Stadium on Friday.
The Barabati Stadium Club House was chosen by the International Cricket Council for the Pakistani women cricketers.  "The ICC considered all options and the best security for the teams," the ICC said in a statement.  Cuttack was added as a venue only this month to accommodate Pakistan, and remove it from Mumbai, where the entire tournament was to have been staged. The Women's World Cup starts on Thursday. Pakistan's move also forced organisers to shift fellow Group B teams Australia, New Zealand and South Africa to Cuttack, as well as some Super Six and playoff games. However, the final will be in Mumbai on Feb 17. (Nation)
Posted by Chief Editor at 9:54 PM 4 comments: 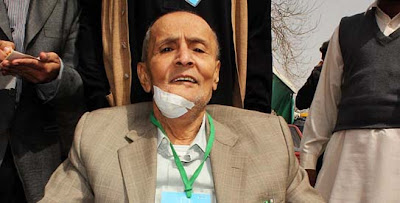 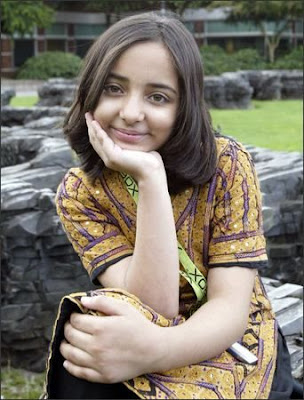 World Youngest Microsoft Professional Arfa Karim Randhawa Passed away in Lahore. She got Microsoft Certificate at the age of 9 years.
Arfa Karim Randhawa (born 1995), in Jatt Randhawa family is a student from Faisalabad in Pakistan, who in 2004 at the age of 9 years, became the youngest Microsoft Certified Professionals (MCPs) in the world, a title she kept until 2008. She was invited by Bill Gates to visit the Microsoft Headquarters in USA. The vice president of the Software Development Division Mr. S. Somasegar wrote about it in his blog.
On returning to Pakistan, Arfa had numerous interviews on almost all of the country’s known television channels and newspapers. In August 2005, Arfa Karim received the Fatimah Jinnah Gold Medal in the field of Science and Technology, presented by the Prime Minister of Pakistan at that time. She also received the Salaam Pakistan Youth Award again in August 2005 by the President of Pakistan. Arfa Karim is also the recipient of the President’s Award for Pride of Performance. This is a very high level civil award granted to people who have shown excellence in their respective fields over a long period of time. Arfa is till now the youngest recipient of that award ever.
Arfa Karim has also represented Pakistan on various international forums, she was invited by the IT Professionals of Dubai for a stay of two weeks in Dubai. A dinner reception was hosted for her there, which was attended by the diagnostics of Dubai including the Ambassador of Pakistan. During that trip, Arfa was presented with various medals and awards. She also flew a plane in a flying club in Dubai at the age of 10, and received the first flight certificate.
In November 2006, Arfa was invited by Microsoft to be a part of the keynote session in the Tech-Ed Developers conference held in Barcelona. The theme of the conference was “Get ahead of the game” and Arfa was presented as a true specimen of being ahead of the game. She was the only Pakistani among over 5000 developers in that conference.
As of 2011, at the age of 16, Arfa Karim is studying at Lahore Grammar School Paragon Campus in her second year of A Levels. She suffered from a heart attack after an epileptic seizure on December 22, 2011 and was admitted to a hospital in critical condition. Rumours were being spread of her death on December 31, 2011.
Posted by Chief Editor at 11:16 PM 2 comments: 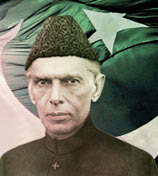 Beating up protesters is not the answer: HRCP

The Human Rights Commission of Pakistan (HRCP) has censured the merciless beating and ill-treatment of nurses protesting for their rights by police in Lahore on Thursday and called upon the government to be more imaginative and less heavy-handed in dealing with the people’s peaceful demands for their rights.
In a statement issued on Friday, the Commission said: “HRCP notes with concern and much distress the manner in which nurses protesting for their rights outside the Punjab Assembly in Lahore were beaten up on Thursday. It is a matter of grave concern that police used batons without restraint to disperse the protesters and it matters little whether the attackers were policemen or policewomen. The police action was manifestly ruthless and disproportionate to any ‘hazard’ the nurses were deemed to be causing. But this is not an isolated incident confined to any particular city or province of the country. Protesting teachers in Balochistan, and employees of the country’s biggest telecommunication company as well as gas department employees, among countless others have been dealt with in a similarly harsh manner even when they were not posing any threat to public security. The government must find a better method of dealing with these things and try listening to the people’s demands rather than focusing on the use of force to disperse those who come out on the streets to demand their rights.
Posted by Chief Editor at 9:33 PM No comments:

USE OF PRESSURE TACTICS AGAINST AAISHA AHAD AND HER FAMILY IS A STATE TERRORISM: ALTAF HUSSAIN

Chief of Muttahida Quami Movement (MQM) Mr Altaf Hussain has made an SOS appeal to Federal Interior Minister Rehman Malik and Governor of the Punjab Sardar Latif Khosa to take serious notice of the unlawful confinement of Aaisha Ahad Malik, her parents, brothers and sister by the Punjab government. Mr Hussain said that justice should be done to the unfortunate family.
Mr Hussain said that Aaisha Ahad Malik and her family had been kept in unlawful confinement in their home, and serious threats were being given by the son of a big political personality to take back the case.
Mr Hussain strongly demanded of the Federal Interior Minister and governor of the Punjab to give protection to Aaisha Ahad Malik and her family, and it should be ensured that the Punjab government does not keep the oppressed family in the illegal confinement. It should also be ensured that the Punjab government does not exert illegal and unconstitutional pressure on the family to change their principled stance directly or indirectly.
Mr Hussain said that the illegal pressure being brought to bear on the family of Aaisha Ahad Malik was equal to unmitigated terrorism and should be condemned in the strongest possible terms. Notice should be taken of the illegal tactics of the Punjab government, and it should be proceeded against according to the law.
Posted by Chief Editor at 9:56 PM No comments: 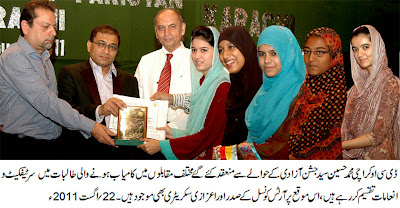 DCO Karachi Mohammad Hussain Syed has said that in order to encourage the talented and outstanding youth, city government will hold a ceremony in honor of position holders in matric and intermediate examination. He expressed these views while speaking at the prize distribution ceremony for programs held as part of the Independence Day festival held in Arts Council of Pakistan Karachi.
He said we have lot of expectations from our younger generation as they were not only highly talented but also engaged with the information technology. Our youth must pay full attention on acquiring quality education in whatever field they are. Later he distributed certificates and cash award among the students who took part in various events of Independence Day Celebrations. Arts Council President Ahmed Shah and Secretary Aijaz Farooqui also spoke on this occasion.
Posted by Chief Editor at 10:38 PM No comments:

If you want to write something for http://www.pakistanobserver.blogspot.com/ or desire to furnish any news or information or any suggestion for its betterment then kindly send the same to the under mentioned email address with your name and postal address. pakistan.observer@yahoo.com

Who is who in Karachi 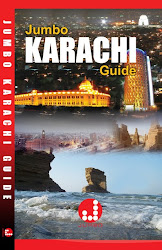 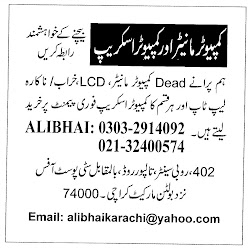 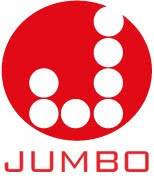